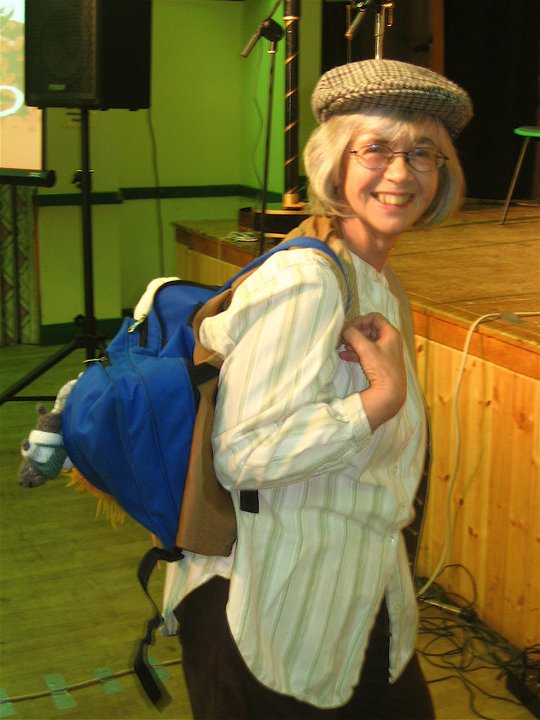 In my first week at University, in 1965, I heard Martin Carthy sing "Sovay,sovay" and was blown away by it (he hadn't even made a record at that stage!).  A year later I met John, already an ardent folkie, and through him joined the Oxford Heritage club- June Tabor was a year below me at my college. After John and I married in 1968,  I joined the Folk Tradition Club in Bristol (then at the Old Duke).  It was the golden age of the revival, and we had people like Bob Davenport, Isabel Sutherland and Fred Jordan sleeping on the camp bed in our rented rooms in Cotham.   I enjoyed folk dancing too, and was for a while secretary of the local EFDSS branch, and editor of the Bristol Folk News.  I was a founder member of Elecampane, with John and Dave Byrne, among others.  I left Elecampane, and in general active involvement in the local folk scene, when our twin daughters were born in 1973.  Although I continued to sing occasionally, and remained in touch with the local scene through John, it was only in 2001, when I became self-employed, that I found the time and the desire to return to folk singing, and joined the Howlers, of which John was already a member.  I particularly enjoy research, and have become very interested in the singer Jane Gulliver.  I have always loved writing, and have co-written, with Dave, the folk dramas on Cecil Sharp, Brunel and the West Somerset Railway which the Howlers (in various manifestations) have performed in recent years.